The Minister of Agriculture in Nigeria has revealed, some people in his country order Pizza from the United Kingdom and use British Airways to deliver it.

The 71 year old Minister, Audu Innocent Ogbeh complained about this new trend in his country and added it as part of the reason the Naira keeps depreciating.

In an Address to the Senate committee on Agriculture he expressed concern on how importation into the country overwhelmingly exceeds exportation.

‘They buy in London, they bring it on British Airways in the morning to pick up at the airport,’ he stated

‘It is a very annoying situation and we have to move a lot faster in cutting down some of these things.’ 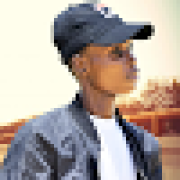 Pregnant Prisoner Saved By Speaker of Parliament Has Give Birth Today